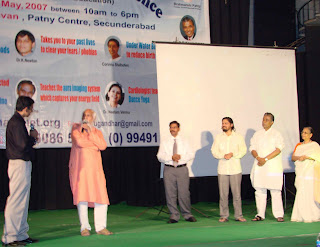 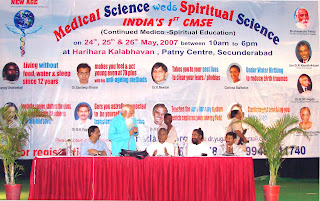 Posted by Dr Yugandhar GR at 7:09 AM 5 comments: Links to this post 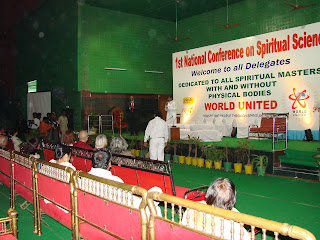 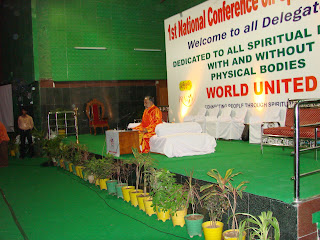 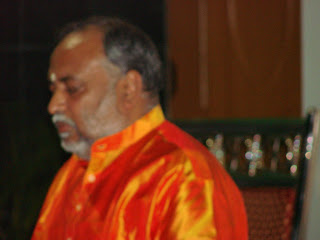 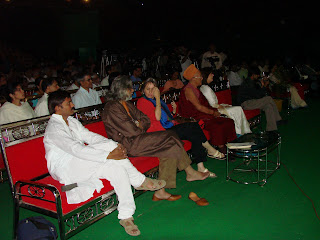 Posted by Dr Yugandhar GR at 7:05 AM No comments: Links to this post

Philosophy of The World United

“It is quite true that in the history of human thinking the most fruitful developments frequently take place at those points where two different lines of thought meet.”
- Werner Heisenberg


The WORLD UNITED is not another group teaching various principles and methods of Personal Evolution. Rather, WORLD UNITED is a binding force which connects all the Individuals, teachers and groups, related to Personal and Planetary Evolution, working across the planet as a part of the on -going Global Transformation process. The WORLDUNITED is not governed by a single individual or a particular organized philosophy. The only aim of this Foundation is to facilitate the unfolding of World Transformation to the fullest extent possible by conducting various capacity building exercises and periodical educative and enlightening conventions.
So many efforts have been made across the world since centuries to mitigate disharmony and conflict. But, we still find antagonism and rivalry between various individuals, groups and nations. In order to spread Global Peace and Harmony WORLD UNITED has taken up a humble initiative to connect the people for the sake of Personal and Planetary Transformation because, we strongly believe that Enlightening Union of Ideas ,Visions and Goals in the multitude of Diversities alone can bring the true peace and Harmony among the Individuals, Groups and Nations.
For the currently existing six billion plus population, a handful of leaders are not sufficient to make this dream come true. Thousands of Transformational leaders are required to quicken the on-going Global Changes. When all these leaders unite on the common principles of Peace and Harmony, though they are procedurally and philosophically different, and form a common platform, the impact would certainly be very great .That is why, the WORLD UNITED has taken up a unique project of bringing Global Harmony by connecting various individuals, leaders and groups working in diverse fields like Spiritual Science, Holistic Health, Environment, etc as all these departments are inter-related and inter-dependent. A crisis in one arena inevitably shows repercussions in every other field and hence, all these segments need to be integrated and synthesized so as to function as a single unit.
The foremost principle WORLD UNITED puts into practice is the binding principle. Individuals and the communities, scattered across the world, which are working in diverse fields trying to make the world a better place to live in are not actually working in a co-ordinated and integrated way. What will happen if such co-ordination takes place? Can we expect something very innovative, most useful to the mankind? Certainly Yes! For example the combined effort of engineers and the doctors paved way in inventing Cardiac Stents, Pacemakers, Dialysers etc which otherwise would not have seen the light. Imagine how it would be if the Scientists, Spiritual Leaders, Doctors, Economists, Environmentalists, Educationists etc work in tandem …..for the betterment of the world? Wouldn’t it create and sustain a New World? It is we who can make a difference by thinking and working in these lines.
Why the attempts of integrating all these departments appear to be difficult ? When we take some time to think about it, we find some common observations. There is a tendency for human beings to stay in their self-created domains focusing on how they are different from other’s ideas and philosophies. Now the time has come for everyone to identify with others in terms of similarities instead of dissimilarities. Can we find a single transformational leader who is not interested in world peace and harmony? In the vast number of paths and procedures which makes the difference between two schools of thought, if we can think of some commonalities and unifying principles is it not possible for all the enlightened leaders to co-ordinate with each other on some common minimum agenda to create a New Earth. The answer is certainly Yes!
So,the WORLD UNITED has taken this humble initiative to bridge the ideological gaps and to cement the scattered building bricks of wisdom where ever it is to construct a big monument called as New World. Gauthama , the Buddha told that he would return to the earth after 2,500 years in the form of Maitreya Buddha to help the mankind free from suffering. If Buddha were to reborn he would prefer to take birth in the form of Maitri ( friendship),cementing all the forces working for truth and Transformation, to create Buddhahood, instead of embodying a single person which certainly would lead to a cult or a community. WORLD UNITED is attempting to create or become that maithri ( Integration and Synthesis) to fill the void and to reinforce the unity in a multitude of diversities. The era of deities is transforming itself into the present era of celebrities which is again in the phase of slowly transforming itself into an era of mutually respecting individuals. This transformation is what WORLD UNITED is seeking to.
Let us join hands to make this dream come true.
Posted by Dr Yugandhar GR at 11:35 PM 5 comments: Links to this post Dr Yugandhar GR
Hyderabad, A.P., India
Dr Yugandhar GR is a Spiritual Teacher,General Surgeon and a Workshop Trainer. A series of experiences related to Astral Travel, Past Lives, ESP and enthusiastic research in various aspects of Spirituality, Study of various Masters and their teachings etc., created a lot of Spiritual Transformation in him. He clubbed Medical Science with Spiritual Science and has started a new system and style of practice called as Transformational Medicine under which banner he included and devised many methods which actually cause transformation of mind and life leading to Self-Realization thus putting an end to all disease and suffering. The most neglected aspects like the Psychological, Emotional and the Spiritual well-being of a person is the central focus of this system.

Inauguration by His Excelency ND Tiwari Governor of A.P.

If learning from everybody is widely accepted, how far confining oneself to onlyone guru is justified?

Which Meditation method is to be followed?

How to fuel the fire of the on-going Spiritualisation Process